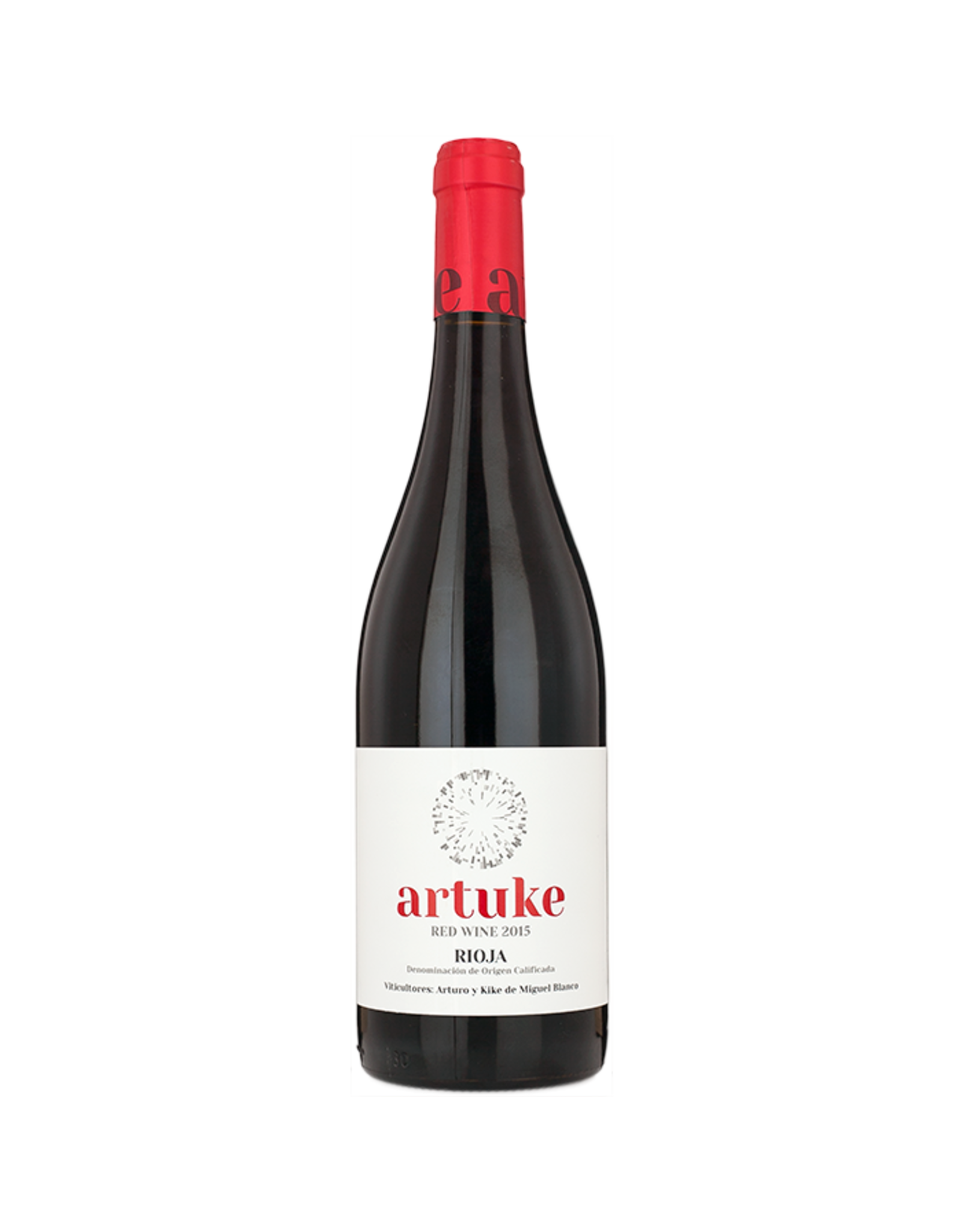 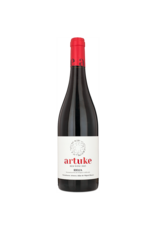 These wines from Rioja are rooted firmly in their terroir. Artuke is all about small scale, biodynamic production: twenty two hectares of vines spread over thirty two plots between the stunning, hilly villages of Baños de Ebro and Abalos on the upper terrace of the river Ebro in La Rioja Alta, Northern Spain. Artuke is run by the family of Miguel Blanco, who have been working the land in this Northern part of Rioja Alavesa for over a century. Now, the helm is taken by Miguel's two sons Arturo and Kike which as you might guess, is where the name 'Artuke' is derived from. The aim of the brothers has been this: To create a new and individual wine which still respects the history of the wine region and of their family wine tradition. The result: A thoroughly modern style of Rioja, but not heavily extracted or heavily wooded in style.

Unwooded, joyful Rioja - as drunk by the locals - but sadly rarely seen outside of the region. An element of this juice is fermented under carbonic maceration - like the Gamays of Beaujolais and the results are spectacular. Deep, bright purple-edged and glossy in the glass, such a soft, 'real juice' feel - another brilliant wine for this cuvée which is so different from all those brown, oaky and flatly oxidised styles. This has purity vim and vigour and is a wine that gives pure pleasure.